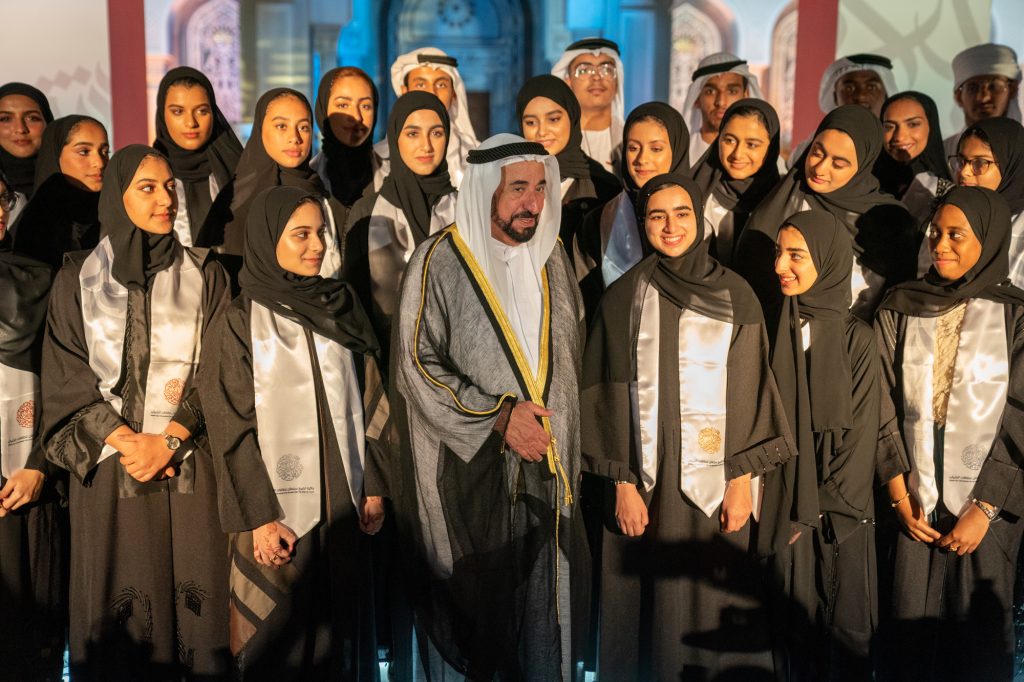 His Highness Dr Sheikh Sultan Bin Mohammed Al Qasimi, Supreme Council Member and Ruler of Sharjah, has affirmed that the Sheikh Sultan Award for Celebrating the Spirit of Youth has significant aspects that serve the society and reflect the important role played by the youth, these being the major component for conserving the society and building its future.

This came in the speech that Sheikh Sultan delivered during the ceremony held to honour the winners of the second edition of the Sheikh Sultan Award for Celebrating the Spirit of Youth, which was held on Saturday evening at Al Badi’a Palace.

Sheikh Sultan stressed the necessity for the youth to study the various aspects of the society and know all their pros and cons and hence devise solutions to serve their nation and the society effectively, noting that new areas would be added to the community service awards in future.

Sheikh Sultan congratulated the winners and called on them to exert more efforts and be keen on securing leading positions in all fields. He also thanked all the committees supervising the award.
He later granted the medals of the award to the 45 male and female winners, who were in the lead in the four categories of the award, these being Adventure, Volunteering, Skills and Hobbies.

The award is held annually and is open to Emirati and expatriate youth between 13 and 18 years of age.