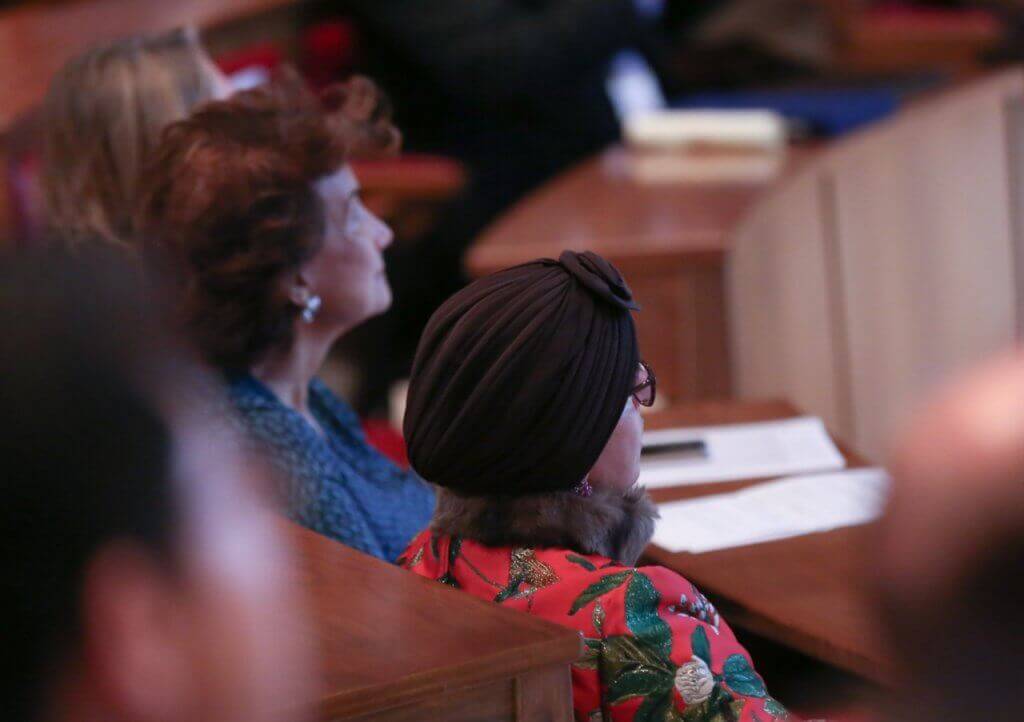 Her Highness Sheikha Jawaher bint Mohammed Al Qasimi, Wife of His Highness the Ruler of Sharjah and Founder and Royal Patron of the Friends of Cancer Patients (FOCP), has highlighted that the provision of palliative care to sick children facing an incurable disease, addresses an inherent human right; and is not a luxury.

Sheikha Jawaher called for promoting awareness of children’s palliative care, lobbying global support for the development of palliative care services and sharing expertise, skills and knowledge between medical professionals and health experts to ensure the best quality of life for children with life-limiting diseases. Her Highness also stressed that without urgent and concerted action to make palliative care available for children, the suffering will continue.

Sheikha Jawaher’s remarks came during her keynote address at 4th Global Gathering Maruzza Congress on Paediatric Palliative Care, in Rome, Italy, recently where she participated as the Guest of Honour – a recognition of her outstanding role in serving humanitarian causes, particularly in support of the youngest victims of cancer and other non-communicable diseases (NCDs) worldwide.

“In every sense of its medical, psychological and social importance, palliative care is no longer a luxury, but an inherent human right for every child suffering from incurable and
life-limiting illnesses. Palliative care should be considered a key component of the treatment of ill children throughout every stage of a disease throughout a child’s journey of medical treatment,” Sheikha Jawaher bint Mohammed Al Qasimi said.

Her Highness underlined the need to achieve the best quality of life and care for children with life-limiting conditions and terminal illnesses, their families and caregivers worldwide. Sheikha Jawaher Al Qasimi reaffirmed the importance of lobbying for global commitment to providing palliative care in the early stages of treatment of children with tumours or incurable diseases, more willingly, than introducing it during the final stages of a hopeless disease.

Sheikha Jawaher Al Qasimi emphasised that it is the moral and humanitarian responsibility of governments and health organisations and specialist doctors. “We should highly consider every day in the lives of these children and their families,” Her Highness emphasised.

The Maruzza Congress is a leading international platform that aims to share knowledge and experiences about paediatric palliative care and sheds light on ways to deal with children suffering from incurable diseases. The three-day event also aims to highlight the importance of comprehensive support to effectively deal with terminal illnesses that afflict children, offer fresh perspectives and innovative solutions, as well as foster new synergies across disciplines and geographical regions.

The conference honoured Her Highness Sheikha Jawaher Al Qasimi in recognition of her outstanding efforts and achievements as Founder and Royal Patron of FOCP, International Ambassador of the World Cancer Declaration for Union for International Cancer Control (UICC) and International Ambassador for Childhood Cancer for UICC, as well as for the strong support she continually extends to local and international initiatives and events dealing with cancers and NCDs.

Sheikha Jawaher Al Qasimi further told the congress attendees: “A person’s right to a peaceful and stable life must continue as long as they are still alive. Furthermore, this right is a global moral imperative and a responsibility that cannot be postponed because it is a race against time to offer the ill the joy and happiness they deserve to experience for a lifetime.”

Her Highness emphasised that palliative care for ill children and their families should start as soon as a serious ailment is diagnosed and continue alongside curative medical treatments throughout the child’s illness. Sheikha Jawaher stated likened the importance of offering palliative care and sources of knowledge and learning for the families of ill children, professionals and caregivers to the importance of academic training to school and university students.

Sheikha Jawaher continued: “If children are neglected by their communities, what does civilisation really means? When parents find out that they could lose a child as a result of an incurable sickness they feel powerless and helpless. This requires us to harness all efforts to support these families who are in a state of despair and frustration due to their offspring’s failing health. No one denies their right to grieve, but there are medical and psychological means to alleviate this burden. Our role is to make these palliative care rights more readily available to families along with qualified medical practitioners who can handle these sensitive cases.”

Sheikha Jawaher Al Qasimi announced that the FOCP has translated the 10 rights of the dying child specified by Maruzza Foundation’s ‘Trieste Charter’ into Arabic to safeguard the rights of terminally ill children during the end phase of their lives, affirming that it will be distributed to hospitals, healthcare practitioners and caregivers as well as families in the to equip them with an internationally recognise and accepted tool to handling the needs of sick children in a way that they are not denied their rights.

The ‘Trieste’ Charter, which is based on the 1989 UN Convention on the Rights of the Child, is part of a comprehensive project, supported by the Maruzza Lefebvre D’Ovidio Foundation, to identify the rights of children with life-limiting illnesses. The charter stipulates the right of children with life-limiting conditions and the final stage of their lives to palliative care, and the self-expression and self-determination as well as to be part of decisions concerning them.

Sheikha Jawaher was accompanied by HE Sawsan Jafar, Chairperson of FOCP, Dr. Sawsan Al Madhi, Director General of FOCP, and Amal Al Mazmi, Director of FOCP’s Patient and Community Affairs at the congress.

During the opening session of the conference, Sheikha Jawaher attended a lecture titled ‘Children’s Palliative Care – a Game Changer for Paediatrics?’, delivered provided by Prof. Joanne Wolfe. She also listened in on a presentation by presented by researcher Ross Drake, Caterina Albertini, and Stefano Spigler, who together highlighted the importance and the meaning of time when placed in the context of the final days in a young patient’s life.

During the event, the Management of the Congress honoured the winners of the ‘No Pain for Children’ awards for the best summary on ‘Palliative Care for Children, which was won by Joanne Wolfe.

Highlighting FOCP’s role in extending bridges of communication with other organisations to promote awareness about incurable diseases, HE Sawsan Jafar said: “In line with the directives of Her Highness Sheikha Jawaher Al Qasimi, the FOCP forges partnerships with various international organisations and bodies to raise awareness on how to deal with terminally ill children and their families.

“The translation of ‘Trieste’ Charter in Arabic aims to bridge the knowledge gap about the rights of children with life-limiting conditions due to the extreme sensitivity of this issue.”

Jafar continued: “Although the experience in palliative care is relatively new in most countries worldwide, the experiences have proved their effectiveness and importance in maintaining the fundamentals of human needs related to the lives of children with life-limiting diseases.

“We want the world to deal with children’s lives in view of the value of each day in it; not on the basis of the fact that it may soon end. FOCP’s efforts to strengthen its relations with its partners worldwide will pave the way to the birth of more active initiatives that can raise awareness about the importance of palliative care as an essential part of treating incurable diseases in children.”

World Health Organization defines Palliative Care an approach that improves the quality of life of patients and their families facing the problem associated with life-threatening illness, through the prevention and relief of suffering by means of early identification and impeccable assessment and treatment of pain and other problems, physical, psychosocial and spiritual.